Many people know that Savage Mill was once a bustling cotton mill, turning raw cotton from the South into cotton duck, a coarse fabric used for things like Conestoga wagon covers, ship’s sails, and army tents. But few people know that when the Mill ceased operations due to plummeting demand after World War II, it was transformed for a few brief but colorful years into a center of year-round holiday merriment.

Harry Heim was a Baltimore businessman and owner of Santa Novelties. At that time Santa Novelties was the country’s largest producer of hand-blown and hand-painted Christmas balls, with facilities in Baltimore and San Diego, CA. When he learned that the Mill was up for sale, Heim saw an opportunity to bring joy to all and to save the fortunes and livelihoods of the 1,400 residents of the company town, where everything had revolved around work at the cotton mill. Heim purchased the Mill, including 175 company-owned millworker homes and the town’s electrical and sewer systems, in 1947, and by December 1948 his plan was well underway. 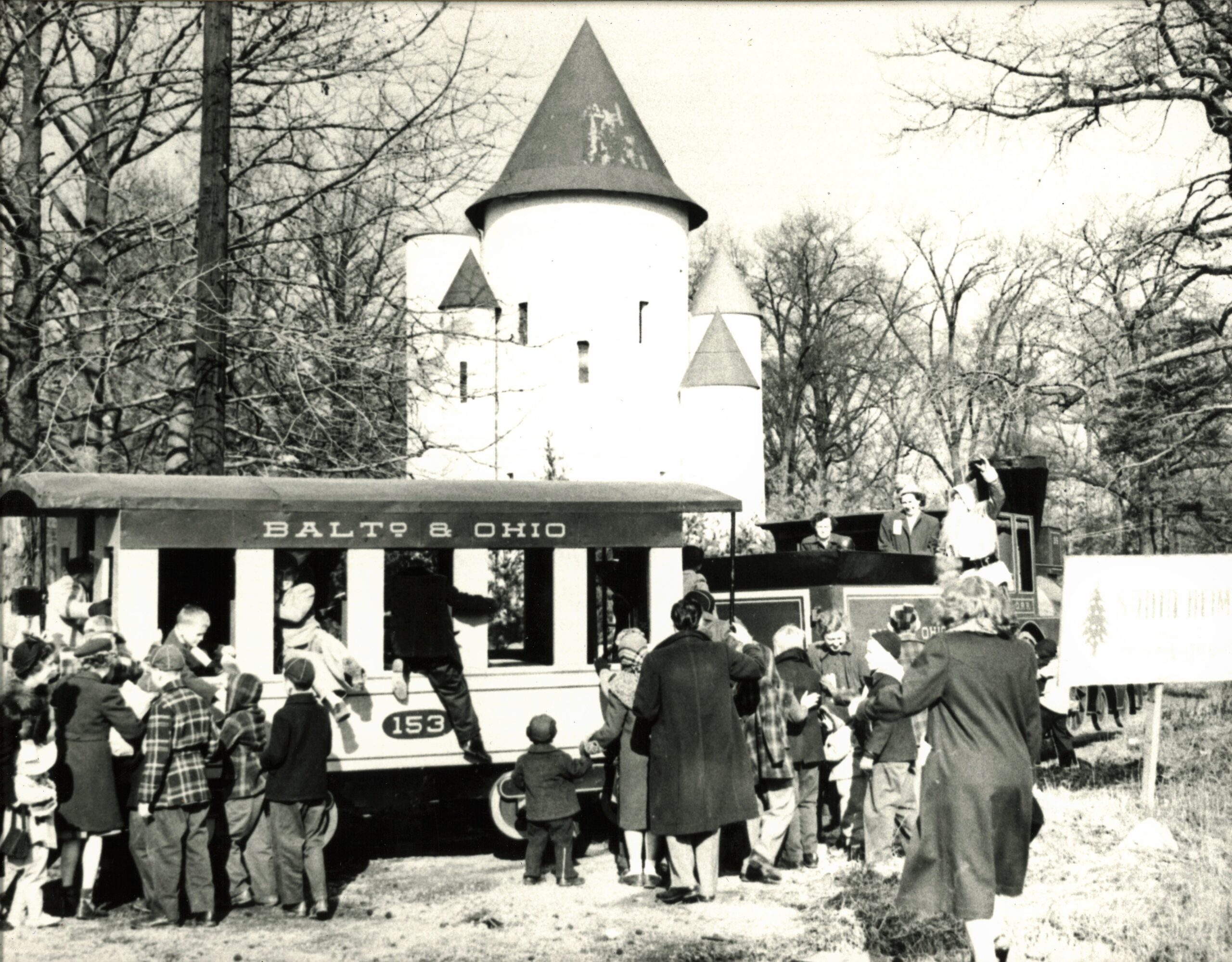 For the opening day ceremonies on December 11, 1948, three trains festooned with six-foot Santa heads and labeled Santa Heim Special – one from Baltimore’s Camden Station and two from DC’s Union Station – transported thousands of children and their parents to Savage. Along the way they were entertained by German musicians, Barney and Bailey circus clowns, and Santa Claus. Motorists traveling along Rt. 1 came to a giant castle labeled “Santa Heim” (Heim is German for “home”) at the turn-off for Savage. Children whose parents parked there could ride Tiny Tim, a miniature B&O train, into town.

Newspapers reported an estimated 12-15,000 people descended on the town that day, including State and local dignitaries. They marveled at the thousands of Christmas lights strung around the village, the shiny holiday bulbs and other ornaments being produced in the former mill, and the reindeer and circus tent full of a menagerie of motorized animals in the adjacent community park. The entire town and its residents were enlisted in the production, with children dressed up as nursery rhyme characters, adults selling toys out of the community center, the century-old post office painted red and white and topped by ten-foot candy canes, and the millworker housing painted festive colors. 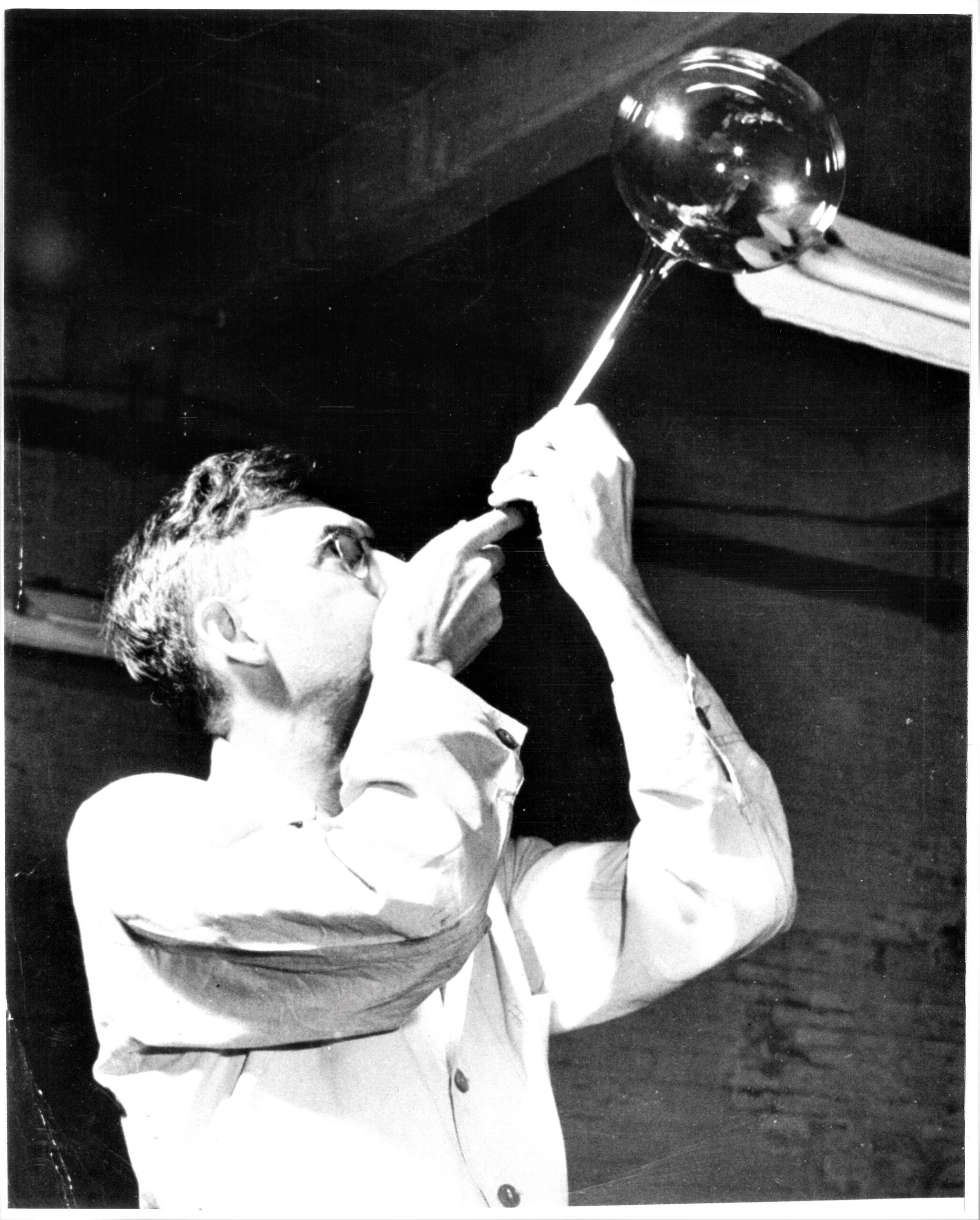 The yuletide atmosphere expanded the following year. The entertainment inside the Mill’s New Weave building featured live animals, including elephants, and a roller coaster. Mr. Heim’s ambitions outpaced his financial means, however, and by 1951 Santa Heim was no more. 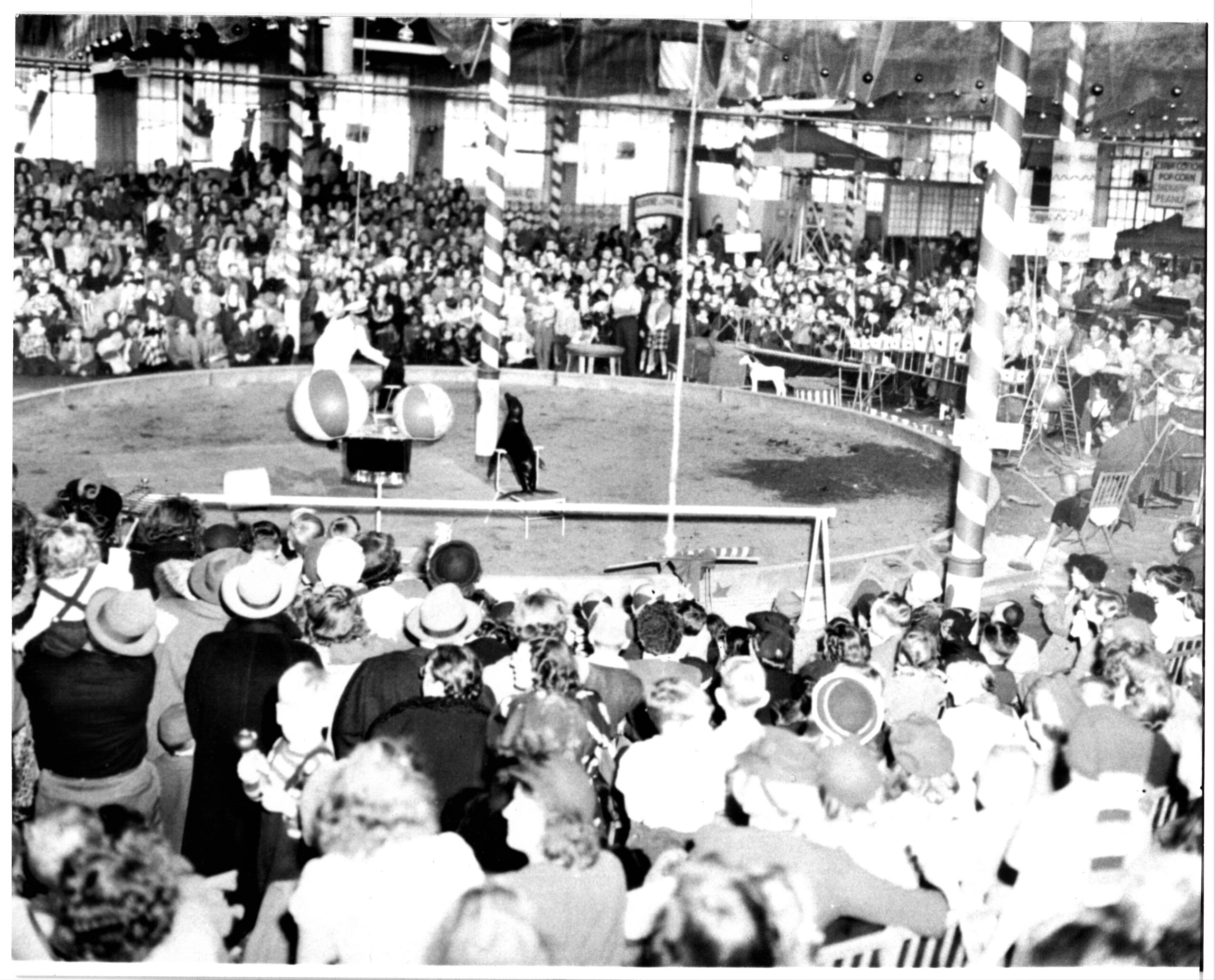 The business was sold to the Odenton-based National Store Fixture Company, Inc., a plastics business that envisioned moving its manufacturing operations to the Mill. While that ultimately didn’t prove feasible, the company’s owners held on to the property. In the 1970s they successfully applied for the Mill and surrounding historic structures to be recognized as a National Historic District. Over the ensuing decades, the Mill has been home to many artists and small businesses who revel in the history, beautiful architecture, and warm charm of the complex and the surrounding town. Although the town’s Santa Heim years are long past, at this time of year Harry Heim’s dream is realized – the Mill and the surrounding town are alive with the beauty and festivities of the yuletide season.

Interested in learning more? Join the free Santa Heim, Merryland walking tour this Saturday, departing from the Paymaster’s Office (in front of the Spinning Building) at 2 pm, or visit the Santa Heim exhibition on display in the New Weave building through January 7th. The Savage Historical Society, which partnered on these events, has a rich trove of information on the history of the town.