As days shorten and nightfall descends earlier, we enter a mysterious time of year. The wind picks up, blowing leaves across our path and bringing up thoughts of all the almost-ethereal beings that inhabit the darkness and the gloaming – the twilight hours of the day. Among these are some residents who live here at Savage Mill rent-free. Fairly secretive and appearing primarily at dusk and dawn, these small creatures have fascinating, little-known habits.

Just over 2 inches long and .3 oz as an adult, the little brown bat is true to its name. A maternity colony used to roost in the smaller of our two chimneys (the one closer to Foundry St.) during the warmer months. Their babies, called pups, are weaned within a month of birth, and tend to live an average of 6.5 years. 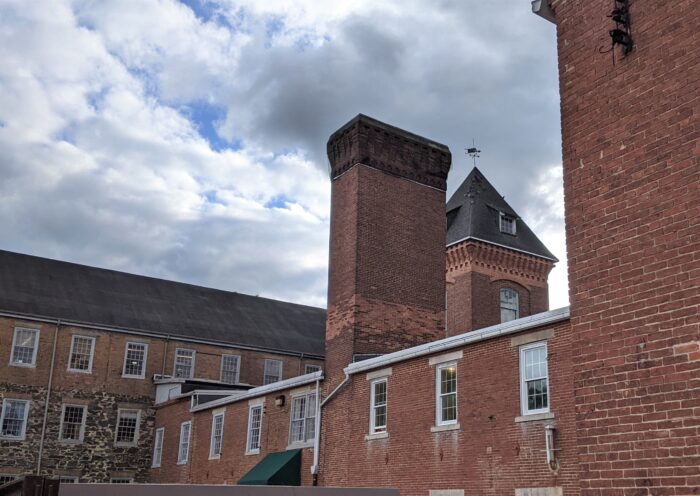 A few years ago, after the maternity colony left for the season – they move to caves and other cool, damp places for their winter hibernation – we had humane bat exclusion netting installed on the chimney, but they still reside somewhere in Savage. You may see one or two swiftly darting through the sky at dusk as they come out to begin feeding on insects including moths, mosquitoes, flies, and beetles, eating up to 50% of their body weight per night. They use echolocation – producing high frequency sound pulses that are outside the range of human hearing and listening to the echo – to determine the size, shape and texture of objects in their environment.

Little brown bats are declining in numbers due to a serious disease that has decimated their population. If you happen to find an abandoned pup or an injured adult somewhere, please consider rescuing it. Here in Howard County, Frisky’s Wildlife and Primate Sanctuary takes in wild animals and welcomes donations to help support their work.

Chimney swifts, a fascinating type of bird, spend part of the year roosting in our tall chimney closest to the Patuxent River, best viewed from Dive Bar & Grille’s deck. While both chimneys are closed off to the buildings, we’ve not put up anything to exclude the swifts. With a cigar-shaped body, stiff wingbeats and high-pitched twittering, they’re often mistaken for bats. 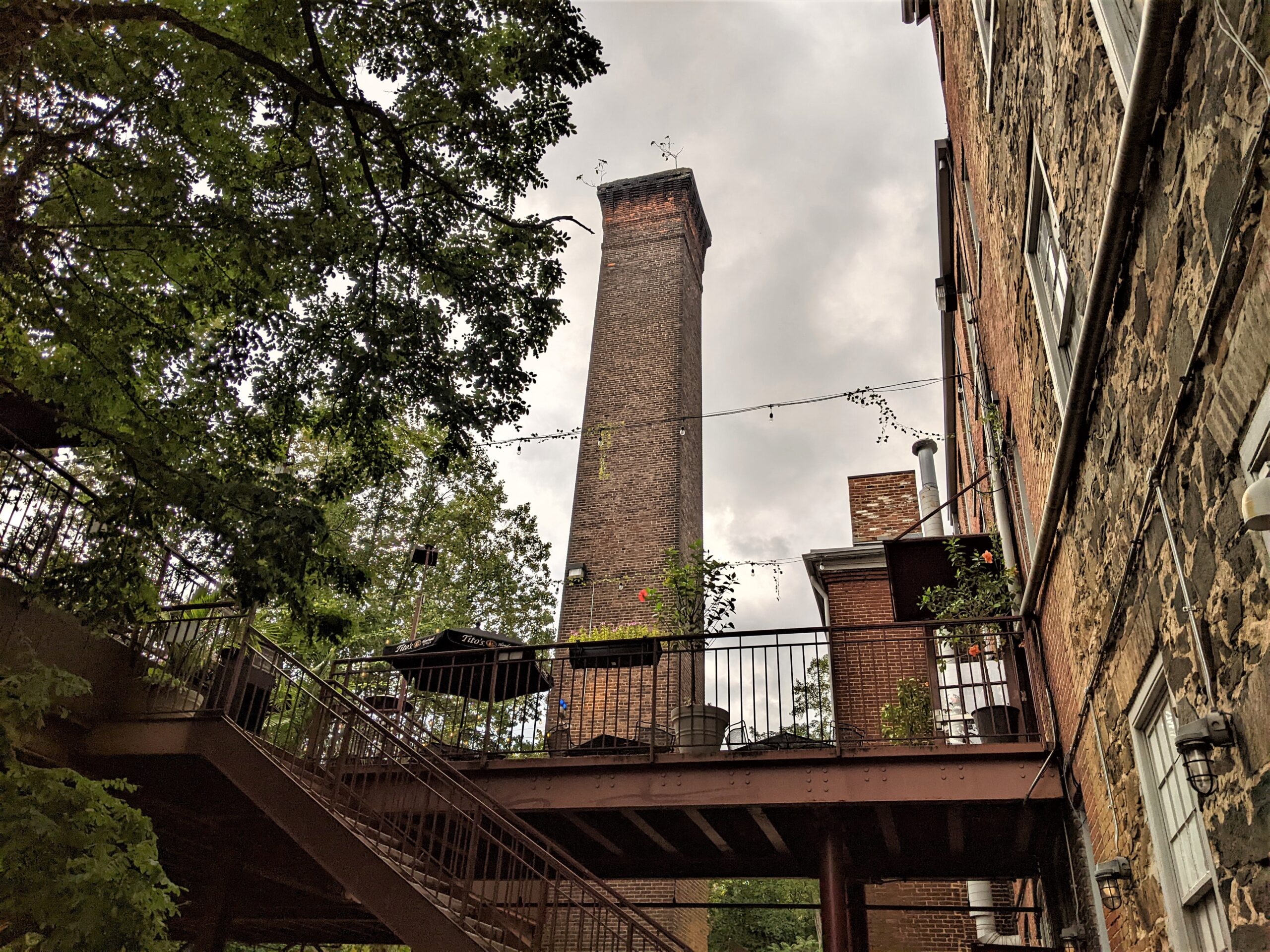 An avian aerialist like a swallow, chimney swifts swoop and dive in unison after insects. But unlike swallows, chimney swifts can’t perch on a power line or branch – their legs aren’t designed for that purpose. Indeed, it’s estimated that they spend 10 months of the year in flight. When they do stop flying, it’s to roost for the night by clinging to the side of a hollow tree or, in a built environment, a structure like our chimney. The chimney shifts also construct small, cup-shaped nests of twigs glued to the side of the wall with saliva. As dusk descends, what was a patternless cloud of twittering birds in the sky above the chimney can become a marvelous spectacle as they drop into our chimney to roost for the night. Their numbers increase in late summer as they prepare for the annual migration to northwestern South America (Columbia, Ecuador, Peru, and northwestern Brazil). We’re happy to provide refuge to this species whose population has plummeted since the 1970s due to habitat loss.

The next time you’re here on a warm evening, look up and you may catch a glimpse of one of these magical beings that makes Savage Mill special.